News What Lies Beneath – Claims, Liability and Limitation
News

What Lies Beneath – Claims, Liability and Limitation 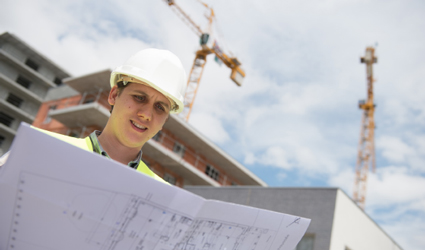 When offering Services to Clients, it is important to recognise that you will retain liability for the work you have undertaken long after the Project has been finished. As such, it is important to bear a number of factors in mind when considering how long to keep your files or maintain Professional Indemnity Insurance.

Your Professional Indemnity Insurance policy arranged through the official CIEEM scheme provides worldwide cover (subject to the exclusion of US and Canada) for any claims made against you. It is therefore important to remember that different legal jurisdictions may not have the same requirements and you should always be mindful of this when considering the extent of your liabilities.

This article is intended to provide a basic overview of the starting position in relation to limitation for the various legal jurisdictions with the United Kingdom and Eire, it is not an in-depth analysis of the legal position and is provided as an illustrative guide in relation to your insurance policy only.

The Law of England & Wales

The period within which a claim can be brought against you in England & Wales is governed by the Limitation Act 1980, which provides that:

“An action founded on tort shall not be brought after the expiration of six years from the date on which the cause of action accrued.”

To put it more simply, a claim can be brought against you within 6 years from the date the services were provided to the Claimant (the negligent services being the cause of action). However, it was accepted that it may not always be possible for the Claimant to establish whether or not the services were provided in a negligent manner and to prevent any injustice, a further timescale was created under the Latent Damage Act 1986, which provided for the following:

“(1) This section applies to any act for damages for negligence, other than one to which section 11 [Personal Injuries] of this Act applies, where the starting date for reckoning the period of limitation under subsection (4) (b) below after the date on which the cause of action accrued.

(3) An action to which this section applies shall not be brought after the expiration of the period applicable in accordance with subsection (4) below.

a) six years from the date on which the cause of action accrued; or

b) three years from the starting date defined by subsection (5) below, if that period expires later than the period mentioned in paragraph (a) above.

(5) For the purposes of this section, the starting date for reckoning the period of limitation under subsection (4) (b) above is the earliest date on which the plaintiff or any person in whom the cause of action was vested before him first had both the knowledge required for bringing an action for damages in respect of the relevant damage and a right to bring such an action.”

By way of example, you have provided the services to the Client in 2000, meaning that under ‘primary limitation’ they would have until 2006 to bring a claim against you. However, if they could not have become aware of any alleged negligence on your part until 2008, they have until 2011 to bring a claim.

However, the Claimant does not have an indefinite period within which to bring a claim, as the Limitation Act 1980 also contains what is generally called the ‘Long Stop’ Provision, which provides:

“An action for damages for negligence -…- shall not be brought after the expiration of fifteen years from the (or if more than one, from the last of the dates) on which there occurred any act or omission.”

Turning back to the previous example, for the work done in 2000, any right to bring a claim against you ends in 2015 regardless of any argument they may have regarding their first awareness of the alleged negligence.

The Law of Scotland

While limitation in England is determined by the Limitation Act 1980, in Scotland, the relevant timescales are provided under the Prescription and Limitation (Scotland) Act 1973.

As with the Limitation Act, the Prescription and Limitation (Scotland) Act 1973, provides a limitation period for claims against you and provides:

If, after the appropriate date, an obligation to which this section applies has subsisted for a continuous period of five years:

b) without the subsistence of the obligation having been relevantly been acknowledged, then as from the expiration of that period the obligations shall be extinguished.

So, this provides that you are potentially liable to the Client for five years, after which the right to bring a claim has been extinguished provided it hasn’t been acknowledged.

However, the Prescription Period is amended by Section 11 of the Act which provides:

“1) any obligation (whether arising from any enactment, or from any rule of law or from or by reason of any breach of, a contract or promise) to make reparations for loss, injury or damage caused by an act, neglect of default shall be regarded for the purposes of section 6 of this act as having become enforceable on the date when the loss, injury or damage occurred.”

“3) In relation to a case where on the date referred to in subsection (1) above the creditor was not aware, and could not with reasonable diligence have been aware, that loss, injury or damage caused as aforesaid had occurred, the said subsection 1 shall have effect as if for the reference therein to that date there were substituted a reference to the date when the creditor first became aware, or could with reasonable diligence have become, so aware.”

The effect of this section of the Act is that, in the majority of cases, the Prescription Period is likely to run for five years from whenever the Claimant becomes aware of the alleged negligence.

Returning to the previous example, if the work was undertaken in 2000, the Claimant can have 5 years from whenever they become aware of the claim. As such, the Claim could be brought in 2006, 2015 or, depending on the facts of the case, even 2025.

Unfortunately, while the Act does provide something akin to a ‘Long Stop’ provision, it provides:

“If after the date when any obligation to which this section applies has become enforceable, the obligation has subsisted for a continuous period of twenty years:

a) without any relevant claim having been made in relation to the obligation, and

b) without the subsistence of the obligation having been relevantly acknowledged, then as from the expiration of that period the obligation shall be extinguished.”

While this section does provide that the Claimant has a maximum period of 20 years to bring a claim, this is tied to when the section becomes enforceable rather than when the Services had been provided. As a result, this period is likely for 20 years from when the Claimant became aware of the claim.

The Law of Northern Ireland

“.. an action founded on tort may not be brought after the expiration of six years from the date on which the cause of action accrued …”

That period is either:

(a) six years from the date on which the action accrued; or

(b) three years from the starting date defined in paragraph 4 …”

Section 11(4) defines the starting date as:

As with English law, a Client will generally have a right to bring a claim up to six years from the date you complete your services, although the timescale is extended by up to three after they became aware of a claim. However, as with the Limitation Act 1980, the Limitation (Northern Ireland) Order 1989 also provides that a claim cannot be brought after 15 years (Section 12).

The Law of Eire

Of the various legal jurisdictions being considered, the limitation period under the Laws of Eire is the most longstanding, with the timescales being prescribed under the Statute of Limitations 1957. This provides, under Section 11(2) (a), that:

While the timescales within which a claim can be brought can vary depending on the facts of the matter, a standard claim for negligence in relation to the performance of the services would need to be brought within six years.

As there are no further provisions or extensions to this period with the legislation, of the various jurisdictions, the position in Eire is perhaps the most straightforward.

What does this mean for my business?

While your business continues to trade, you are likely to maintain insurance cover and the only real issue to consider is how long you retain copies of your files. There is no hard and fast rule when considering this; we would recommend that an attempt is made to retain copies for as long as reasonably practicable. As we continue to shift to the storage of information in a digital format, it is becoming increasingly easy to store the files for longer periods of time.

It should also be noted that, with the implementation of the General Data Protection Regulations, you are still entitled to retain data until the end of the limitation period and any further period that may be required to comply with any regulatory requirements.

However, greater consideration should be given to the relevant Limitation/Prescription dates when considering the closure or sale of your practice and the requirement for insurance.

While we can discuss the options available to cover your previous liabilities, this will often involve the arrangement of ‘run-off’ insurance. Whether a run-off will be annually renewable or provided for a six-year period will be dependent on your individual circumstances and the nature of the work undertaken. In either case, we will always endeavour to provide the most appropriate advice to protect your position.

If you would like to discuss any of the issues raised in this article please do not hesitate to contact a member of our team.