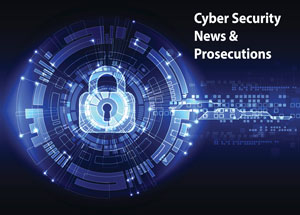 British Heart Foundation and Royal Society for the Prevention of Cruelty to Animals Fined. Fines Under GDPR Could Cost British Businesses £122 Billion.

Both the British Heart Foundation (BHF) and the Royal Society for the Prevention of Cruelty to Animals (RSPCA) were fined for secretly screening millions of their donors. The intent of the organisations was to identify wealthier donors and target them specifically in order to receive more donations. Upon completing its investigations, the Information Commissioner’s Office (ICO) issued a substantial fine to each organisation (£18,000 to BHF and £25,000 to RSPCA) and instructed them to cease their data-matching activities to obtain data that donors had not freely provided.

According to new findings from the Payment Card Industry Security Standards Council, UK businesses could experience up to £122 billion in fines for cyber security breaches in 2018. The estimate is based upon the new EU legislation that will set regulatory penalties for cyber security breaches at 4 per cent of global turnover. In addition, the council has stated that the cap for the penalty will be set at £18 million. Whilst the United Kingdom may have already left the EU by 2019, Prime Minister Theresa May has stated that she intends to sign all current European law into UK law and repeal it gradually. That means that the forthcoming cyber security legislation would still apply to UK businesses even after Brexit.