Although sometimes confused, exclusion and limitation of liability are quite different things. In broad terms it is possible for a professional to place a contractual limitation (or cap) on their potential liability to a client, but a contractual term baldly seeking to exclude any liability at all to a client for work undertaken within the scope of an agreed retainer has no realistic prospect of being enforceable. But limiting liability is not straightforward either and some care is needed to ensure that attempts to do so stand the best possible chance of being successful. Even then it is almost impossible to guarantee that a limitation clause will not still be challenged.

The normal method of seeking to limit liability to a client is by the inclusion of a limitation of liability clause in a letter of engagement or any other document recording the contractual terms upon which a professional is engaged. Commonly this will stipulate that the professional’s liability for any breach of their professional duty is to be limited to a specified financial amount. This is sometimes known as a liability cap. The cap may either be a specific figure, for example £10 million, or it may be an amount to be determined by a defined method, such as a particular multiple of the professional’s fee.

That may seem fairly straightforward but simply including a liability cap in an engagement letter, or even more so in standard terms and conditions sent out to clients and hoping for the best, is very unlikely to be held effective if challenged. Professionals therefore need to be aware of the grounds upon which such limitation clauses can be challenged successfully.

Include a liability limitation clause in the contract

The first thing that has to be borne in mind and indeed it should be at the very forefront of anyone’s thinking on this, is that a clause can only be effective and can only impose contractual limitations on a client’s ability to bring a claim in tort as well as in contract, if it is a condition of the contract governing the professional’s engagement. It is therefore essential that any provision aimed at limiting potential liability is incorporated in the contract between the parties. That may seem so obvious as hardly to be worth saying but it is a point which is still overlooked. Taking an obvious example, if a professional only sends out their standard terms and conditions after a job has been done, such as with a report, a court is not likely to accept that those conditions apply.

So informing the client too late will certainly be fatal to any attempt to limit liability. But timely notification, whilst absolutely necessary, is not by itself sufficient. To be effective in capping a professional’s liability any limitation clause must be capable of withstanding challenge under the Unfair Contracts Terms Act 1977 (UCTA). In particular, it must satisfy the requirement of “reasonableness”. This is initially explained in section 11 of the Act. Schedule 2 then sets out five specific guidelines for applying the test.

The explanatory provisions in section 11 include the requirement that the term shall have been fair and reasonable having regard to the circumstances which were, or ought reasonably to have been, known to or in the contemplation of the parties when the contract was made. The court also has to pay particular regard to the resources available to the person seeking to restrict their liability, and their ability to protect themselves by insurance. It is made clear that the burden of showing that a limitation clause is reasonable rests with those claiming the benefit of it.

The guidelines in Schedule 2 include the relative strengths of the bargaining positions of the parties; any inducement to agree to the term; and whether the client could have obtained similar professional services elsewhere without having to accept a similar term.

It is therefore necessary to have all these factors in mind when producing a clause seeking to limit liability. In addition, if the client is a consumer, as opposed to a business or commercial client, then it may also be necessary to take account of the Unfair Terms in Consumer Contracts Regulations 1999 and the Consumer Protection Act 1987. The former, for example, permits a court to hold that a term is not binding on a consumer if that term “contrary to the requirement of good faith, causes a significant imbalance in the parties’ rights and obligations under the contract to the detriment of the consumer”.

In reality that may be simply another way of bringing into the reckoning the question of the relative bargaining positions of the parties, which already has to be considered under the UCTA.

It does though serve to flag up the fact that professionals are likely, in practice, to find it more difficult to limit their liability to consumers than to business clients, particularly larger commercial clients who have the financial power not only to select the professional advisers of their choice, but also to dictate, if they choose, the terms on which those advisers act for them.

A limitation clause expressly agreed to by a client falling into that category is clearly much more likely to be upheld than one accepted by a small business client or an individual in circumstances where they require urgent advice and have been limited opportunity, for whatever reason, of seeking it elsewhere.

Freedom of choice and ways to limit proving reasonableness

What this really comes down to is the need for the client to have some freedom of choice, and to have made a properly informed and unpressurised decision to agree to the liability cap proposed by the professional.

Of course, that in itself will not necessarily be sufficient to prevent the client from trying to challenge a liability cap when something goes wrong.

What will then come into play is the stipulation that the professional seeking to rely on the limitation clause has the burden of satisfying the court of its reasonableness.

To discharge that burden, there are a number of practical steps that professionals should take when entering into this sort of arrangement with a client and these are quite nicely illustrated in practice by the case of Marplace (Number 512) Limited v Chaffe Street [2006] EWHC 1919.

This was a case primarily concerned with the extent of a solicitor’s duty to advise experienced commercial clients on the commercial aspects of a transaction they had agreed to enter into when the solicitor had not been expressly asked to do so. In the event it was held that the solicitors had not been negligent but the court nevertheless considered a liability cap that had been agreed, and whether it satisfied the reasonableness test under the UCTA. Chaffe Street relied on a limitation of liability clause in their retainer letter which capped any liability to £20 million. The clients had not taken issue with this at the time but then sought to argue they were not bound by the cap because it fell foul of the UCTA. The court held that the term was reasonable in the light of the factors in the Unfair Contract Terms Act.

In particular the judge was influenced by these factors:

a. The clients were sophisticated and wealthy businessmen used to contracting with professionals on the basis of limitation of liability. The bargaining positions of the parties were equal.

b. The claimants were aware of and discussed the limitation with Chaffes. It was not imposed as a non-negotiable term (even though it was accepted that it would not have been easy for the Claimant to switch solicitors).

Moreover, in their engagement letter Chaffes had said: “Should you want to vary these limitations we shall be pleased to discuss it with you but we reserve the right to vary our fees accordingly.”

c. Third, Chaffe Street determined the £20 million limit on reasonable commercial principles, taking into account insurance cover and its expense and the circumstances of the transaction. From this, one can deduce some practical guidance as to how professionals may limit their liability successfully:

There needs to be a clear record of the client being informed of the cap and of their consent.

Demonstrating a willingness to discuss and consider a higher cap, as Chaffes did, will also help and is probably a fairly low risk strategy in any event.

It is not unreasonable to raise the idea of a higher fee becoming payable in return for a higher cap, particularly if it will require additional PI cover being taken out. And in practice the prospect of having to pay more for a higher cap may often be sufficient to secure the client’s consent to the cap originally proposed.

Keep ‘claims made’ in mind

A final word of warning. Anyone entering into a liability cap needs to be alive to the fact that professional indemnity policies are written on a “claims made” basis. So, the indemnity limit in force when a claim is made may not be the same as when the cap was agreed, possibly several years earlier. It is therefore essential for firms to maintain a central record of any liability limits agreed with clients, to ensure that future PI policies continue to provide sufficient cover.

Disclaimer: CIEEM Insurance Services is happy for articles to be used in reputable publications, websites and companies in a public domain. Third parties that haven’t directly received this article in the form of an electronic press release must receive express permission from McParland Finn Ltd, the sole owners of all of this website’s marketing and PR content. 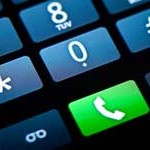 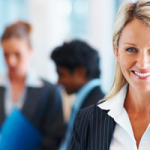