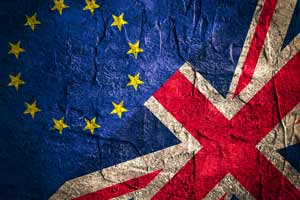 As a part of negotiations to disentangle from the EU, Britain will have to broker new trade agreements with not only the EU, but third countries as well. To exacerbate this complex process even more, Britain only has two years to establish these connections. While the full repercussions of Brexit cannot be totally foreseen, industry experts have offered their best estimates for how the decision will affect Britain’s trade with the EU and third countries.

The most pronounced uncertainty concerning Britain’s decision to leave the EU is whether it will be able to retain its competitive international trade and business agreements. Business Secretary Sajid Javid has stated that one of the government’s chief priorities is to ensure that Britain retains its access to the single market. However, retaining access to the single market is just one of many challenges Britain will have to face.

As a result of Britain leaving the EU, highly skilled EU workers will no longer be able to freely enter the country and offer their services. This loss could worsen the skills gap already affecting UK industries. In addition, EU nationals who have already been hired by UK employers and are living in the country will be required to obtain immigration permission under UK immigration rules. However, it is not only EU workers that will be affected by the decision. British workers may lose their jobs due to either their parent company withdrawing its business from Britain or as a result of a stalled economy. This situation could be further worsened by the reduced number of new, incoming foreign direct investments.

However, there are some potential Brexit benefits. With more insular borders, UK businesses will be encouraged to invest in the skills, education and talents of their workers. This would not only help narrow the widening skills gap, but would also bolster the overall health of all industry sectors while enriching the lives of UK workers.

Download and read the July 2016 edition of Commercial Insurance Profile